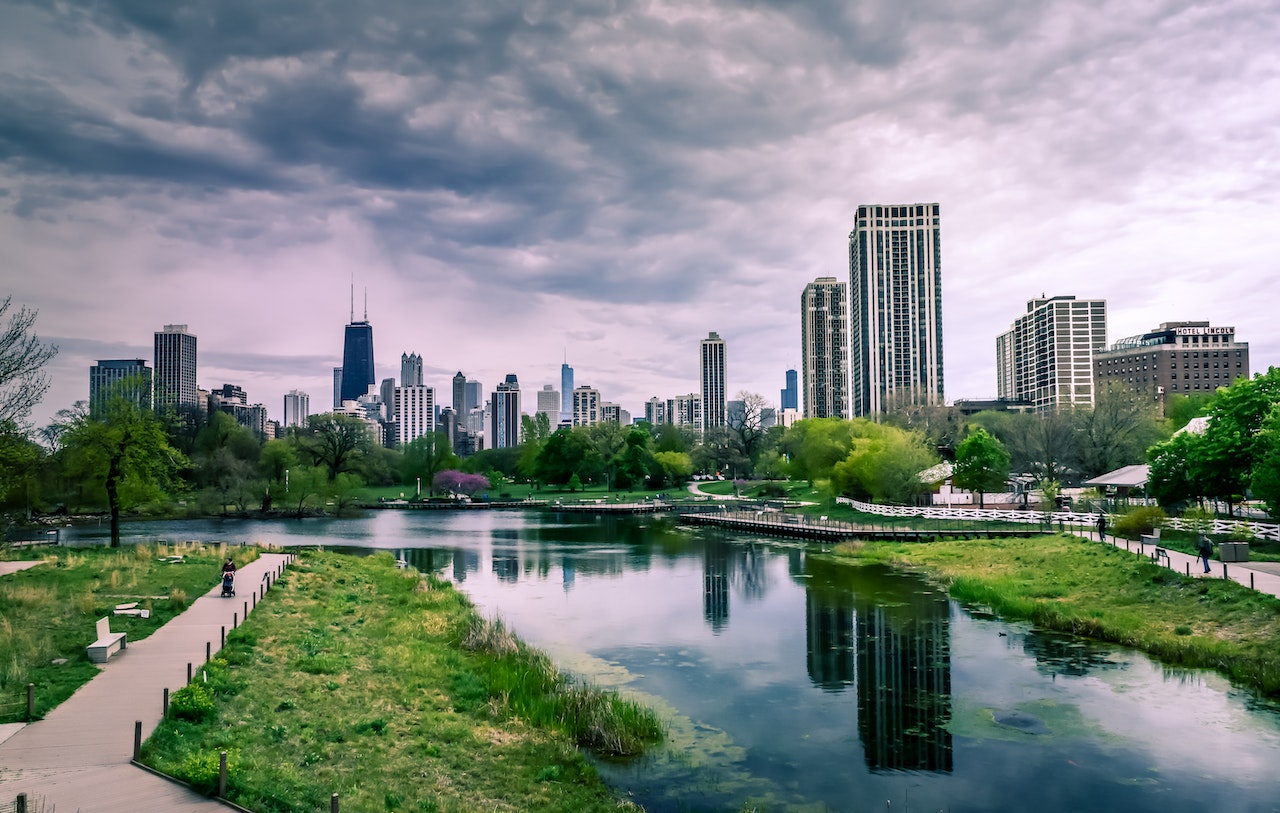 Politically known as the Windy City, Chicago is the nation’s third largest city and situated on Lake Michigan’s southwestern shores. The city is popular for its architectural beauty and green space. The most famous landmark includes the home to Chicago Bean, the Grant and Millennium park. I figured that the city is full of fun activities and nightlife, world-class food and cool atmosphere. I went there in summer and believe me, the lake comes alive during the season. Almost everyone I met there said that Chicago is the best place to vacation in summer.

During my trip to Chicago, I stayed in hostel for USD22 per night in a dorm room. The range usually range between USD20-USD30. If you’re seeking for a private room, expect to be paying around USD50-USD70 for a double room. Chicago’s budget hotels start at about USD60 per night and it can move up until USD100 (or beyond that) when you’re staying close to the central of the city. The average cost of food in Chicago vary. I ate in numerous restaurants around the city and I spent less than USD20. Most of the time, I cooked my own food during my stay there and I spent about USD30-USD60 a week. For cheap eats, expect to be paying around USD6 for a meal of burgers, hot dogs or pizza.

I spent USD2.25 for a single ride on the metro and my transit card could be loaded with amount between USD2-USD100. I mostly used transit cards because they’re required to ride CTA trains. You can also find some visitor passes offering unlimited rides for specific amount of days including USD10 for one-day, USD20 for three-day and USD28 for seven-day. If you’re looking for simple tip on saving your budget, do it like what I did. I visited major attractions in the city for about half of the price with my City Pass. This little tour includes travelers’ picks for restaurants, bars, shopping and neighborhoods.

Where Did I Go?

There are various places I went to during my trip in Chicago. My favorite would be my little-kid adventure in Navy Pier. This place is actually some sort of a carnival in Chicago. I enjoyed Ferris wheel, Shakespeare theater, dining at restaurants, boat tours, miniature golf and even beer gardens. Other than that, I would recommend going to Chicago Cultural Center for its exquisite Tiffany mosaics, Robie House – the masterpiece of Frank Lloyd Wright – which was completed in the year 1909, visit the Art Institute of Chicago, spend a good amount of time in the Grant and Millennium Park and even stopping by the City History Museum. Stretching along Michigan Avenue is the Magnificent Mile, known for its upscale designer boutiques, definitely a good place to stroll down whenever you feel you want to.

Chicago is a top world-class city and I know the reasons why I love this city is because of the attractions it offers. It never failed to impress me and I know for thousands of others, Chicago is probably in their list of favorite cities as well.