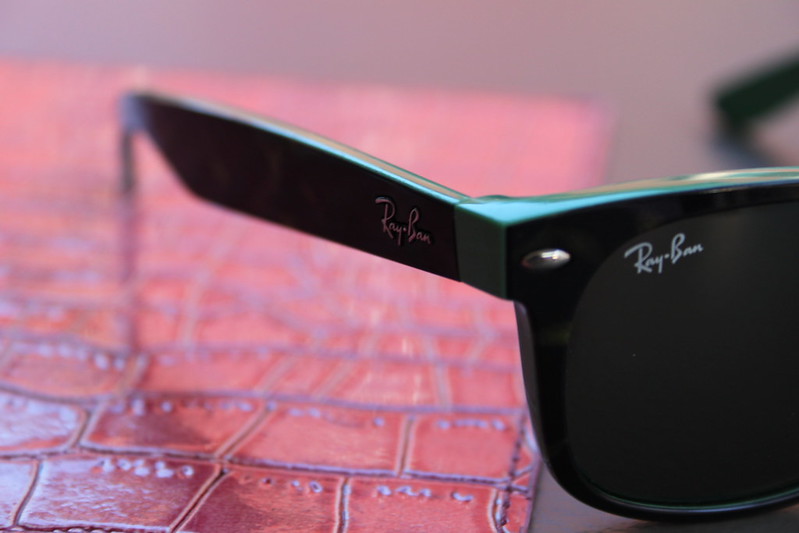 The iconic Ray-Ban brand has long been showed cased in Hollywood, making guest appearances alongside the biggest names in the business. Now, the eyewear giants are the wardrobe department’s go to designer when it comes to perfecting on-screen costume. However, celebrity endorsement didn’t happen for Ray-Ban Sunglasses overnight. From the creation of the first prototype in 1936, creators Bausch & Lomb would have to wait over 14 years before the big Hollywood stars took any notice of the up and coming brand.

So which of the Hollywood greats have given Ray-Ban their stamp of approval in some of their biggest films?

When 24 year old James Dean played teenage the tearaway Jim Stark in Rebel without a Cause, he kick started a love affair between celebrities and sunglasses. Successfully modelling a pair of wayfarers- he put Ray-Bans on the map as a symbol for rebellion.

Wearing the Olympian wrap around model, Peter Fonda produced and starred in Easy Rider. Following the lives of two drug smugglers, the film sparked a new wave of Hollywood film after people began to realise that money could be made from low-budget productions.

(Dirty) Harry Callahan was introduced by Clint Eastwood in the film that was appropriately named (you guessed it) Dirty Harry. Ray-Ban made Eastwood’s day by designing the Balorama model which complimented his tough-guy character. The film was well received by most, but the portrayal of the San Francisco Police Department Inspector outraged feminists who protested against its release.

In 1980 John Belushi starred in the musical crime comedy, The Blues Brothers. Belushi wore a pair of Wayfarers alongside his ‘brother’ Dan Aykroyd. Their choice in shades and of course their bluesmobile certainly enhanced their iconic on-screen characters. It also resulted in a large surge of Wayfarer sales.

Perhaps Ray-Ban’s saviour, Tom Cruise has certainly advocated the eyewear brand. Most will identify Cruise with the Aviator model but he was partial to other Ray-Ban models. He actually put on a pair of Wayfarers in the film Risky Business. His appearance as high-school senior Joel Goodsen increased Wayfarer sales by 50%. What’s more, when he swapped his Wayfarers for Aviators in 1986 film Top Gun, sales soared by 40%.

Curing crime in the cult classic Cobra, Sylvester Stallone can be found working a pair of Ray-Ban RB 3030. As well as wearing them for the majority of the film, he also posed in them for the official movie poster. Unfortunately for Stallone, the cool shades didn’t stop the film being nominated for six Rizzle Awards- including worst actor. Never mind Sylvester, they liked it eventually.

Dressed in black and pulling off Ray-Ban’s Predator model, Will Smith entertained us all in a household classic. Men in Black was well received worldwide grossing $589.3 million. The science-fiction comedy left us all wanting more. Thankfully we got to enjoy Men and Black II and Men in Black 3.

In 2009 Bradley Cooper tried to hide his distress with a large pair of silver framed Aviators during the hit film The Hangover. Despite the three groomsmen not remembering a thing in the successful comedy, the sight of Cooper in those shades had a lasting impact.

Drugs, sex and Wall Street; both pairs of Ray-Bans that made an appearance in this film certainly enhanced the image of Jordan Belfort. The Wolf of Wall Street follows DiCaprio’s character as he experiences world of Wall Street’s stock market.

Over the last 60 years Ray-Ban Glasses have appeared in an array of films- too many to count. From science fiction to comedy there is no doubt that the brand adds something special when it comes to creating film characters. The various models mean that it is very easy for Hollywood stars to find the perfect pair of shades to suit any complex persona. With Ray-Ban’s popularity showing no sign of wavering it’s likely that they will soon make another appearance on the silver screen very soon.