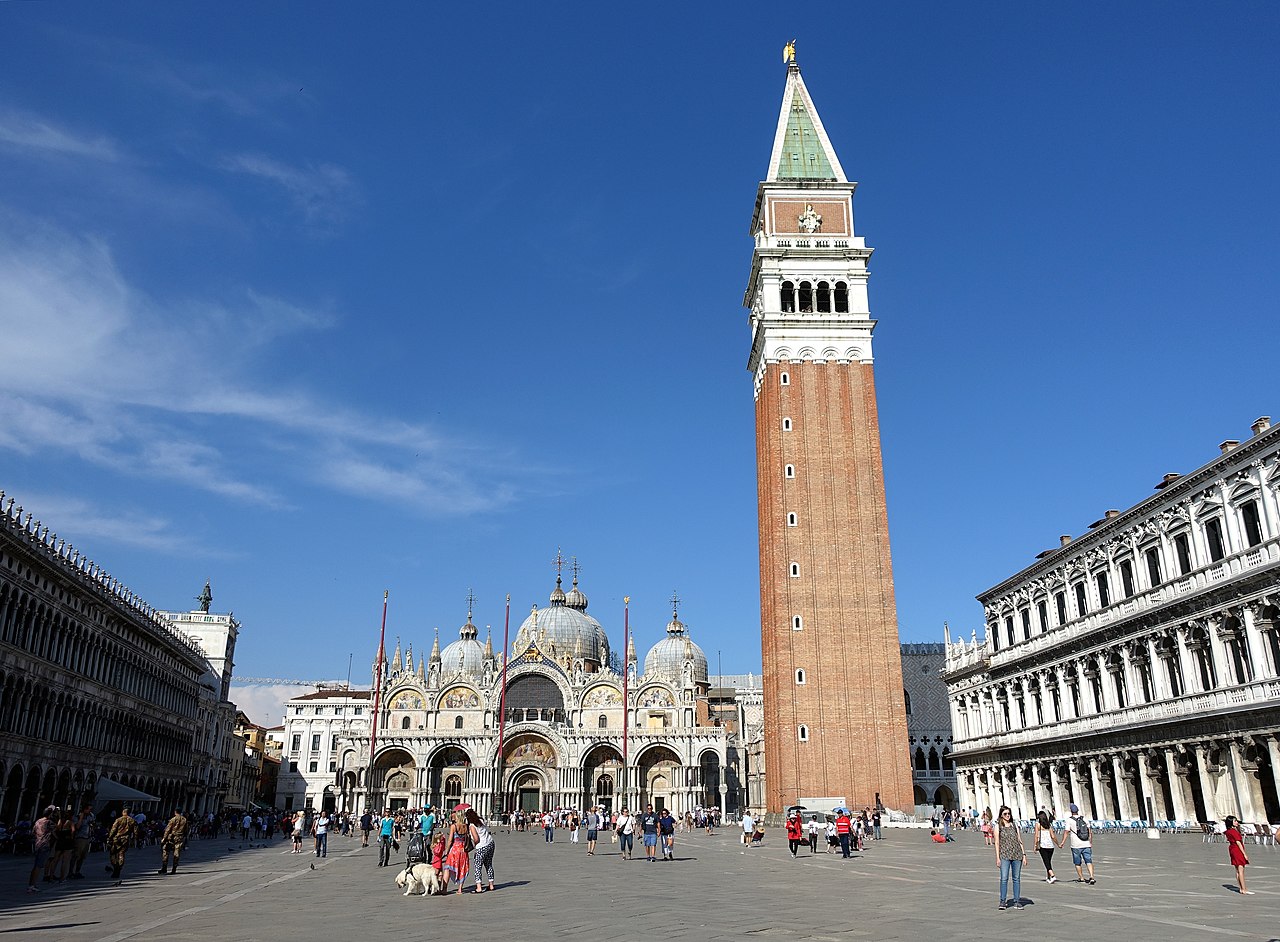 At the Venice tourism office, you would likely be given a long list of visit sights and attractions; but only a fraction of those are actually, what most people would consider to see. You could also want to know the real top sights in Venice from which you could not miss anything especially if you only have a short time to spend in the city, and take caution if you don’t want to be tricked into paying a hefty admission fee for some tourist trap.

Standing in the middle of the magnificent piazza San Marco is an experience in itself. Napoleon referred to it as the drawing room of Europe. It at times appears that much of Europe’s population is crammed into this great square. But it’s St Mark’s basilica, is often seen as the living testimony of Venice’s links with Byzantium; Doge’s Palace, once Venice’s political and judicial hub; and Torre dell Orologio, a clock tower built between 1496 and 1506, that are, not just the square’s, but some of the city’s main attractions.

Get around in a gondola

No trip to Venice would be complete without a punt down one of the city’s picturesque waterways in an iconic gondola. Prices below are for the hire of the gondola, for six passengers or less. Having your own personal crooner will push the fare up.

Tour the Venetian masters of art

Venice is a unique and precious repository of art. From the late middle Ages until the mid 18th century, artists of the highest caliber left their mark all over the city and works by Venice’s grand masters Titian, Tintoretto, Canaletto and Tiepolo can still be viewed in situ today. See Titian’s glorious ‘Assumption’ above the high altar at I Frari, Tintoretto’s epic masterpiece ‘Crucifixion’ at Scuola Grande di San Rocco, and Tiepolo’s monumental frescos at the Pietàand Ca’ Rezzonico.For a one-stop-shop of Venice’s foremost artistic treasures, head for the Galleriedell’Accademia.

Italians are assiduous frequenters of their favorite bar for an evening aperitivi. At aperitivo time Venice’s cool crowd line up drinks and cicheti (snacks) in the bars at the north-western foot of the Rialto Bridge. Stake your claim at a Grand Canal-facing table at Naranzariaor Bancogiro. Alternatively, head to Ardidos for the coolest design, Al Marcà for a bit of shade on the hoof or Skyline Bar for a drink with a view.

Get a bird’s-eye view of Venice

At almost 99m, the Campanile is the city’s tallest building; originally, it was built in July 1902 it collapsed, imploding in a neat pyramid of rubble. It was rebuilt exactly ‘as was, at the same location, as the town council of the day promised. Holy Roman Emperor Frederick III rode a horse to the top of the original in 1451; these days’ visitors take the lift. The view is superb, taking in the Lido, the whole lagoon and on a clear day, they view the Dolomites at distance.

You could try outing the cool crooner rides in gondolas and do not leave your family and kids. You could book in advance the hotels for accommodation that best suite the kids as you enjoy yourselves.